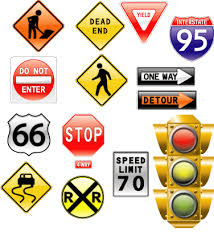 I've heard this phrase said on multiple occassions.  Sometimes its stated during positive situations and sometimes its stated direct and straight at you in a negative fashion. Either way, from my personal experience and in most cases, this statement has turned out to be quite truthful.

There are millions of example I can recall and talk about, although there are just as many times I'm inclined to just forget and hope they never ever resurface.

It's always been strange to me how people who proclaim to the masses about their undying love for another will take any and all steps necessary to demean, verbally abuse, physically assault or kill because they felt they were rejected or emotionally hurt in a relationship that was probably destined for failure from the beginning.  In some of the cases, the perpetrator(s) of all this devastation are the guilty parties.

I guess they have never put much faith in the statement, "YOU REAP, WHAT YOU SOW".

Let's stop the madness. Let's exercise what we all know to be factual... that all of us have faults and come up short in many areas of our human lives. None of us are perfect, yet we should strive diligently to work towards perfection. Understanding that it's not merely practice that makes one perfect, but perfect practice each and every consistent time, that makes perfect.

It starts with me first, then you and then the next. Until, that loving link reaches every single human being who breathes air, we're in trouble as a people.

When we learn to resist the desire to be judgemental, we simply learn how to Just Love unconditionally.

Let the next time you hear the words, "What goes around, comes around".... result in a positive outcome for you and the special people you truly love.

Getting Out Of My Own Way

Today interestingly enough, I awakened with my usual practice of observing the incredible majesty and beautiful wonders of the world in which I lovingly reside. As I began to reflect on these things I was motivated to share those thoughts with my friends via my social networking media.  My message was short and fashioned in both a question and a statement.  It went something like this; If you woke up this morning and are able to read this, while living in the land of the free and the home of the brave... need I say more?

Thank you Lord, for the freedom to do what I want today, I said to myself.

Later on, I wondered outside towards my backyard and gazed wearily at all the unfinished work that still needed to be done. My initial response to this visually mountainous feat was a simple and resounding....Uggh!  Lord, give me the strength.

I considered taking the easy route out by turning around and going back to bed, but a few favorite words of wisdom echoed in my mind, hitting me like a ton of bricks.

The first words of wisdom was a quote by Thomas Edison, which states, "Opportunities are missed by most people because they are dressed in overalls and often looks like work".  I remember this statement helping me to avoid procrastination, when I considered starting my at home business.

The next wise words showed up in the form of a larger brick, quoted by J.G. Holland which stated, "God gives every bird its food, but he does not throw it into the nest.  This reminded me that although gifts are nice to get, some gifts are better appreciated when they are earned.

Then just as I was filtering through all of this, suddenly there it was, another brick of wisdom was hurling itself rapidly in my direction. This time it came from my friend Marty, who faithfully authors a blog titled, Aphorisms of the day.  This particular aphorism was quite appropriately stating that, " Suppose Hercules had thought about his labors first.... Fortunately, for him, he just went out and did them.

So, I blinked, cleared my head, sent up some more praise, got busy and went in believing that if this task was worth me doing, it would definitely be worth me doing... RIGHT the first time.

Now, I don't have to ponder on it anymore...

Besides, blessed is the person who is too busy to worry in the daytime and too sleepy to worry at night.
Posted by Clarence at 3:51 PM 8 comments:

DO YOU SEE WHAT I SEE


It's a proven fact that time is valuable, essential and most importantly waits for no one. With each day that passes, there is beauty and at the same time ugliness all around us. That's why I love and hold true to the phrase that beauty is in the eye of the beholder.

Everyone of us has the ability to partake of all the positive things this life has to offer, especially when we position ourselves correctly to receive them. Sometimes because of our negative mindset, we fail to see these opportunities that are literally right in front of us, which result in reinforcing a life filled with loses, failure and hopelessness.

In contrast, I personally choose to see things differently. Today I awakened to see a glorious sun rise high in the skies, and then I saw and heard birds singing in the trees. Unfortunately, I didn't know or understand what they were saying, but it appeared to me, that they were just being thankful for another day. As I looked at my own reflection in the mirror I saw a positive, energetic and excited person ready to take on the days challenges, one by one.  Later as turned and looked around, I saw young school children playing and laughing together without prejudice, malice or restraint.  I movingly saw and met a stranger who took the time to smile and say, "good morning". You know, I truly have to honestly admit, that I probably would have missed out on his incredible greeting, if I had been walking around with my head down, filled with doom and gloom.